The search to find the right college can be a difficult one for students these days. Debating  between public schools and private schools, schools in-state and schools across the country all offering the major a student wants–the options can be a little overwhelming. Now, add into the equation a school’s Jewish community. Being a college student myself, I remember how important it was to pick a school with an active Jewish presence. I yearned to find a community that reminded me of the Jewish sleep away camp I went to for 10 summers as well as one that embodied the values of tikkun olam (repairing the world) and hachnasat orchim (welcoming in the stranger). This article is here to serve as a small guide to the best colleges for Jewish life in the Western United States.

This Southern California, private university has a Chabad house which typically hosts between 150-200 students each week for kosher Shabbat dinners. They also put on an annual “Shabbat 1000” dinner, which has hosted about 1200 students in recent years. Both Hillel and Chabad at USC offer a variety of educational programs and social events. Three Jewish fraternities have a home on USC’s campus amongst other Jewish organizations including Nice Jewish Queers.

University of Oregon (U of O) – Eugene, OR (Jewish population 8%)

Offering both a major and minor in Jewish studies, the U of O provides a warm and welcoming environment to its Jewish students. Home to a number of different Jewish clubs including Quackpac (U of O’s student group dedicated to strengthening ties between the US and Israel) and Jewish Greek organizations, students have the opportunity to connect to their Jewish identity in many ways. With a Hillel that will deliver matzo ball soup to students and a faculty that puts in the extra effort to connect with students individually, Jewish students are sure to find their place on this campus.

UCSB boasts an undergraduate population of 12%, making it the UC with the largest Jewish population. The campus offers 40 classes in Jewish studies, and a minor in the field. Santa Barbara Hillel even hosts a JHOP (Jewish House of Pancakes) event every finals week! In an effort to give back, students can also get involved in beach cleanups and Challah for Hunger. UCSB can be seen as a home away from home for Jewish students of all backgrounds.

Students can find a variety of Jewish clubs on campus ranging from groups focusing on political issues facing Jewish young adults to more social organizations. In addition to offering traditional Hillel programming, Berkeley Hillel hosts a weekly Wednesday barbecue for students. Both Hillel and Chabad provide social, religious, and educational events for Cal students. Cal also remains one of the only UC schools with a Mikvah on campus.

Offering a major and minor in Jewish studies, students can choose between 50 courses in this area of study to fulfil university requirements. Students can participate in events hosted by Chabad and Hillel on campus and join some of the Jewish clubs. Emphasizing the importance of Jewish peoplehood, the idea that Jews across the world are connected, students at Stanford have the opportunity to participate in fellowships exploring Zionism and intersectional Jewish identities. To get more of an idea of what services are offered on this campus check out Stanford’s Hillel website here.

Students obtaining a Jewish Studies degree at Boulder have the opportunity to choose a concentration in culture or language, providing a more focused educational path. In addition, Boulder offers minors in Jewish studies, Hebrew, and Israel studies. Students can find their place in the Jewish community on campus by joining one of the many Jewish clubs, including Jewish Greek life, Chabad, Hillel, and even a Jewish outdoor enthusiasts club!

This collection of seven colleges features a Hillel and Chabad, along with numerous Jewish clubs. Students can get involved in Jewish activism and politics as well as participate in the social events offered on campus. Many of the Jewish organizations offer services to all of the Claremont campuses creating an intellectually diverse Jewish community. Students can attend weekly foreign language lunches and practice the Hebrew they remember from their B’nai Mitzvah, or any other foreign language they might speak!

ASU’s Hillel is known for its large birthright delegations, as well as its scholarship program offered towards projects involving Judaism and the arts. With both Jewish fraternities and sororities, students can engage in culturally Jewish activities all week long. This campus also features several Jewish clubs such as J Street U, Jewish Arizonans on Campus, and Jewish Unity Coalition, encouraging collaboration and discourse amongst the Jewish community.

University of Arizona (U of A)– Tucson, AZ (Jewish population 8%)

Featuring a Judaic studies department offering 45 different classes, students seeking a degree in the field will find a variety of topics to choose from. You can even take classes in classical Aramaic! Chabad, Hillel (complete with a kosher cafe), and Jewish Greek houses are just a few of the ways students can get involved in the Jewish community on campus. A range of Jewish political clubs are available as well as Jewish activism organizations.

UCLA is home to one of the most extensive Hillels on the West Coast, offering daily Orthodox minyan services and pluralistic Shabbat services each week. UCLA is also home to upwards of 30 different Jewish clubs on campus. Students at UCLA can find themselves taking one of 50 Jewish studies courses offered by the university, singing in the Jewish a capella group, or making lifelong friendships in Jewish Greek life on campus.

While the search for the right college may be challenging, the main goal is a student’s success. Many colleges are connected to Hillels, Chabad houses, and Jewish clubs which can make big schools feel more like home. Even though I chose to attend a school that has a controversial history with Jewish students, having these resources at my disposal has allowed me to feel comfortable and continue to explore my Jewish identity. Enjoy the process of looking at universities and deciding which school feels right for you! 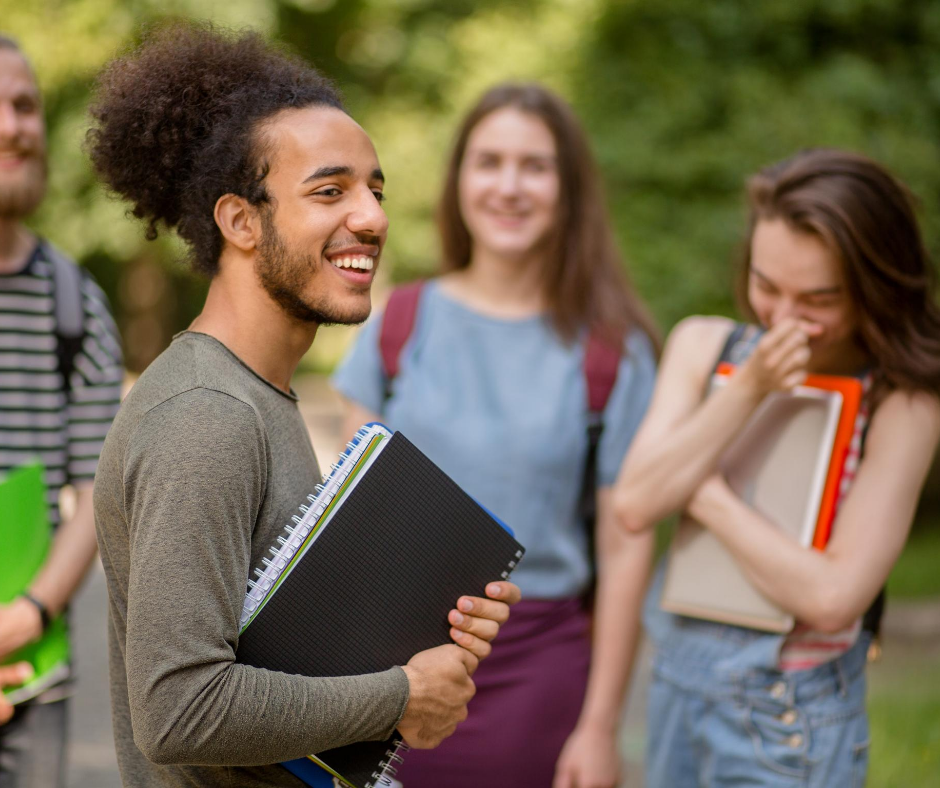